Raiders of the Lost Ark (1981) Film Review by Gareth Rhodes 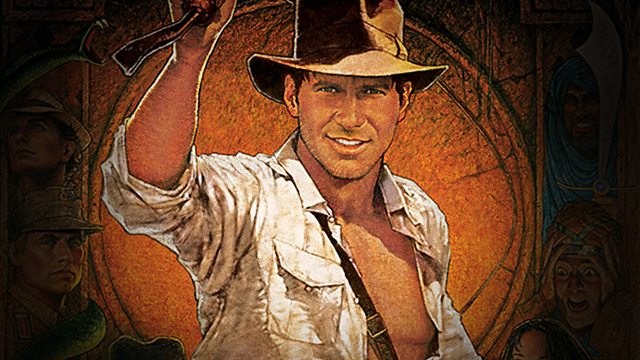 There are few films in the history of cinema that achieve the rhythm, artistry and dripped-in-inspiration execution of Raiders of the Lost Ark.

Harrison Ford’s Indiana Jones shares nearly all of his traits with his space cowboy, Han Solo…turns out you can’t have too much of a good thing. Ford’s laconic presence doesn’t demand attention, but given the spotlight his wry delivery and have-a-go hero pluck make him a potent, classic lead. Without aiming for it, he is quite possibly the greatest film star cinema has offered. Raiders is the best example of his qualities in free flow.

The rousing Raiders March is a conquering musical moment that describes a triumphant heroism. But the film’s composer doesn’t stop there. With the sweeping Marion’s Theme, John Williams evokes the mystery of love and adventure in the desert, while the Ark theme describes a timeless, ancient magic with spine-tingling strings.

The action is captured in-camera with astonishing invention. All of the sequences serve the larger story and are imbued with a combination of wit and spectacle that has rarely, if ever been equalled.

Karen Allen’s hard-drinking Marion Ravenwood cuts a strong figure of feisty determination as she trades punches and whiskey shots with the male characters. Her beauty shines through natural moments flowing from the free reign of her charisma and natural energy.

Spielberg’s eye is inspired to bring us the adventure of a lifetime. There are no wasted moments, no lag in the storytelling. Even the exposition is riveting. The combination of religious symbolism and the Nazi pursuit of ultimate power and control is a unique place to throw in your shrug-of-the-shoulders hero. Raiders of the Lost Ark is a forever film that has not been weathered by age. Instead, it stands as testament to how brilliantly magical film has the ability to be.