Posted on September 29, 2016 by garethrhodes 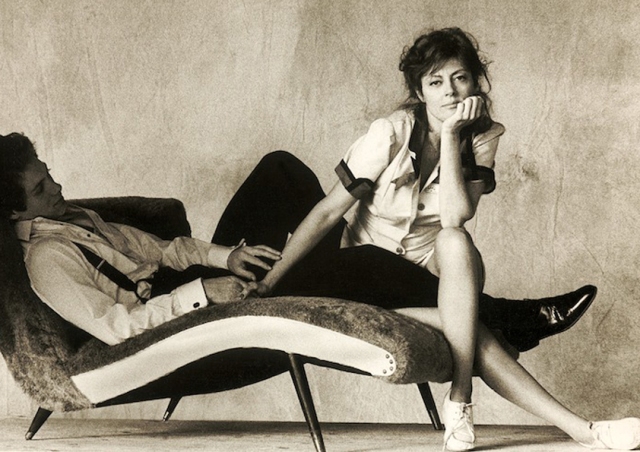 Adapted from Glenn Savan’s original novel by the screenwriting duo of Ted Tally and Alvin Sargent, White Palace is an absorbing romantic-drama that portrays loss, lust and love (in that order) in a way that shuns the pizzazz of Pretty Woman (released the same year) in favour of a grounded maturity that is given the kiss of life by its two leads, James Spader and Susan Sarandon.

Spader and Sarandon make for an unlikely, albeit delightfully mismatched screen couple, struggling to deal with their own personal tragedies. Spader’s Max comes from education and money, whereas Sarandon’s Nora struggles as a diner waitress living in semi-squalor. Their worlds could not be further apart – the chasm so often being fertile ground for love to grow.

As the Marylin Monroe-obsessed Nora, Susan Sarandon is excellent, giving an intelligent performance imbued with a keen sharpness of wit. The beauty of Sarandon often stems from the realness she’s able to convey, which doesn’t always strive to make us like her characters. Here is no different – Nora’s acid-tongued take-down of a complete stranger seems cruel, and her insecurities are often a result of her own preconceptions, yet somehow, Sarandon’s strengths and vulnerabilities make her appealing, even with a side-order of selfish.

Max, on the other hand, is less complicated and more direct. James Spader is often overlooked for not being a bigger part of the mainstream, but White Palace reminds us what a fine actor he can be, as he emits a collected warmth that allows space for Sarandon’s more volatile turns.

In the years that have passed, it seems unfair that White Palace has been largely disregarded by distributers and TV-networks. Perhaps it is hamstrung in that grief is a hard sell, and that it doesn’t front-load glamour. What it does manage to be, though, is a beautifully rewarding piece of semi-mainstream romance anchored by two superb central performances. 4/5