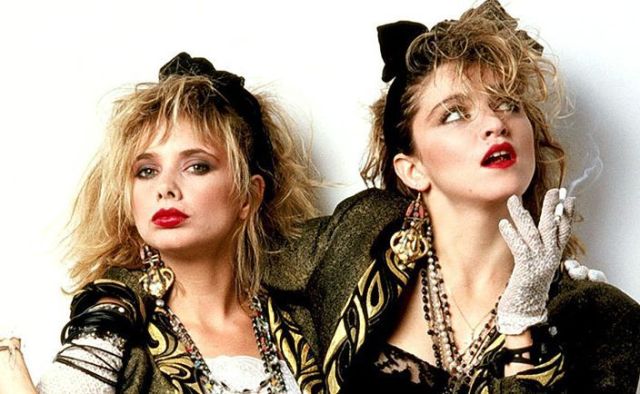 Through the decades, Madonna has proven herself to be the queen of reinvention. For someone who changed her image more times than Osama Bin Laden changed address, it is perhaps her appearance in Susan Seidelman’s Desperately Seeking Susan that is closest to being definitive.

Though it is mostly known for Madonna, she’s more of a supporting player in a film that belongs to Rosanna Arquette’s Roberta Glass, a bored-of-it-all young woman who seemingly has it all. As we’re introduced to her, we find that her Manhattan pad is equipped all the modern conveniences, including a live-in husband, whose affection is displayed by a pat on the head before bed – much in the same way you’d treat an obedient dog. So far so dull for Roberta, until she catches sight of Susan (Madonna), which is the catalyst for a tale of mistaken identity, by way of amnesia, an earring and lots of tousled blonde hair.

Despite Arquette’s plucky portrayal, the further it stretches itself, the less interesting it becomes. There’s no attention to pacing, which leads to a severe lack of momentum in a story that never seems to come to life. Indeed, the more it dawdles, it increasingly becomes farcical, all the way up to an abrupt ending that doesn’t take the time to draw any conclusions. I’m not even clear on what the overall message of the film is: dress up like someone else and lose your identity to find true love? Shun the trappings of consumerism in favour of sleeping on floorboards and wearing second-hand clothes?

Part of the casual appeal of Desperately Seeking Susan is the time and place it’s set. Through the rose-tinted haze of 80’s nostalgia, and with Madonna at her most recognisable, Susan Seidelman’s film is held aloft by those with a selective memory. Those who choose to remember it for the elements that make them reminisce. Of course, there’s nothing wrong with that, just don’t try to convince me there’s a halfway decent film hidden beneath the bright-red lipstick and garish accessories. 2/5