Posted on February 3, 2016 by garethrhodes 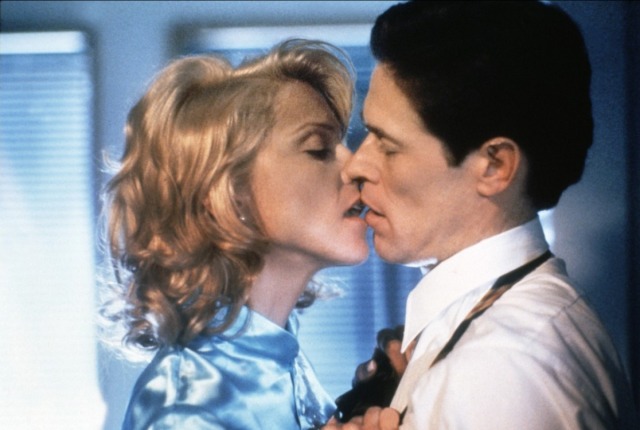 Released just one-year after the success of Basic Instinct, it’s hard to see Uli Edel’s Body of Evidence and anything other than an all-star, bargain basement rip-off. Fronted (fully) by Madonna, at perhaps the peak of her fame, the film aims to get its male-targeted audience hot under the collar, but rather than doing so, succeeds only in being an exercise in endurance. The IMDb synopsis says it best; “A woman is accused of killing a man to inherit his millions by having sex with him”.

Madonna just can’t seem to help herself. I have always admired her for taking risks, but this seems like a strange one, even for her. Of course, she isn’t celebrated as an actress, but what makes this worse, is that the director seems all too aware of it. Oddly, aside from the cringe-inducing sequences of “making love” (she seems to endlessly spout that sickly term), Madonna spends much of the film as a silent spectator. Yes, there’s sex, and lots of courtroom stuff, little of which requires Madonna to open her mouth and speak. When she does talk, it’s to say phrases like the one she aims at Willem Dafoe when she turns and says – “Have you ever seen animals make love”? Eurgh!

There’s a sense that Edel, and Madonna, are trying to go one further than Paul Verhoeven and Sharon Stone in Basic Instinct here, as her Madge-esty plays the ice-cool femme fatale, walking that tightrope of dangerous seduction. Sadly, the imitation game of aping Basic Instinct means they immediately wobble and fall off that tightrope, as Edel’s film begins like a note-for-note copy of Verhoeven’s trashy classic, attempting to hitch a ride on the same wave.