Posted on November 8, 2015 by garethrhodes 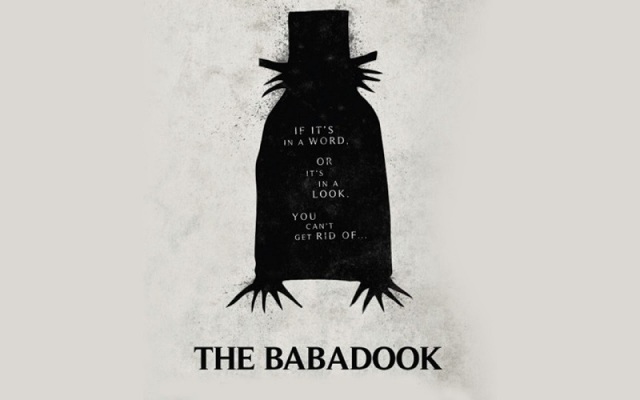 Written and directed by Jennifer Kent, The Babadook is a drama-horror-thriller (I think that’s the right order) about a bereaved single mother, Amelia (Essie Davis) and her son, Samuel (Noah Wiseman), living together in their rustic, suburban home. Struggling to return to the run of everyday life after the tragic death of her husband, Amelia’s relationship with Samuel is a strained one, as he is manically convinced of a monstrous presence lurking in their home.

There’s nothing straight-up-horror about the film, although it manages to be consistently horrifying, showing the struggle of a woman under attack in almost every aspect of her life. If The Babadook were to fall into a, let’s say, an ‘Academy friendly’ category, then Essie Davis’ central performance would have ‘Oscar nomination’ written all over it. The physical and emotional stress is played to such a convincing extent, that we find ourselves drained on her behalf – aching for some relief from the torment. Underneath a birds-nest hairdo, her face is the very picture of ‘had enough’.

As her son Samuel, Noah Wiseman is a remarkable presence, fully contributing to the heightened, unbalanced sense of the film. Refreshingly, this isn’t one of those jump-scare horror films, eager to dish out a few funfair thrills. Instead, Jennifer Kent’s aim is to slip under your skin to wreak a little internal chaos. There’s a washed-out, colourless aesthetic that reinforces the sense of not only life lost, but life ebbing away.

Ultimately, The Babadook doesn’t feel like entertainment, in the strictest sense of the word. The film explores dark corners of the human psyche, and is a consistently uncomfortable watch, as Essie Davis’ character find herself caught between the muddy lines of sanity and insanity, amid circumstances that feed the latter.

6 Responses to The Babadook (2014) Film Review by Gareth Rhodes