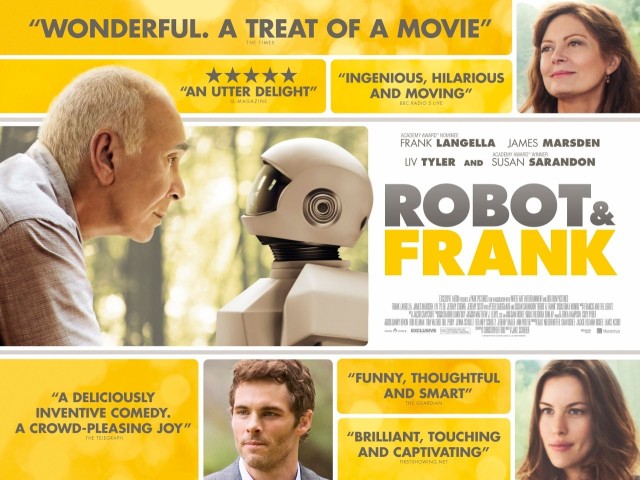 The feature length debut of Jake Schreier, Robot & Frank is a curiously rewarding drama about human frailty and our growing reliance upon technology in everyday life.

Set in the near future, the film stars Frank Langella as Frank, an elderly man with an unreliable memory, whose son decides to gift him a robot companion to help his daily routine. Frank’s initial resistance soon fades as he warms to his new house-mate, giving way to an unlikely friendship.

Langella’s performance is excellent. His initial suspicion, turning to underlying affection for the robot is beautifully portrayed. Frank’s cantankerous attitude, against the innocence of the AI makes for a collection of charming scenes with some wry doses of humour. Schreier also takes the opportunity to frame some striking juxtapositions of nature and technology.

The film’s subtext creates interesting debates about the rights and wrongs of our increasing obsessions with technology. The robot in the film is not only a friend and companion to Frank, it’s also a house servant, taking care and advising on of nearly every aspect of his life. It’s a film that gives us a view down the road, a view that perhaps isn’t all that far away. In summary, a touching and amusing drama with a blend of future sci-fi that we can almost reach out and touch. 3.5/5