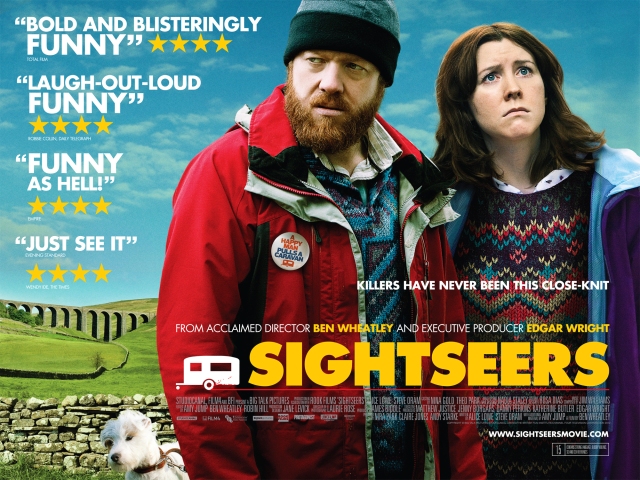 After the dark heart of 2011’s Kill List, it would appear Ben Wheatley is in the mood for some comic relief. While it’s true that Wheatley’s first two features to date -(Down Terrace and the aforementioned Kill List), have themselves contained certain elements of blacker-than-black humour, it is here with Sightseers, that he pushes it into the foreground with a simple tale of a thirty-something couple caravanning across the north of England.

The brilliance of Wheatley lies in his ability to create that uncomfortable brand of kitchen-sink drama that so often plays so beautifully into the hands of comedy. Through two very in-tune central performances from Alice Lowe and Steve Oram, Sightseers is cram-packed full of moments that’ll have you shaking your head with disbelief.

Explaining gags here would only serve to undermine the punchline of the joke. Needless to say, some might struggle to find the humour easy to digest, due to the film’s graphic violence and sexual content. It should probably go without saying that mental illness plays high on the agenda too, and Wheatley isn’t afraid to have fun with it. Like I say – not to everyone’s taste – but if your favourite parts of Pulp Fiction were the oddly hilarious bits that at first horrified, but then had you thinking back with a wry smile, then Sightseers ought to work for you too. Provocative, twisted and downright hilarious. 5/5